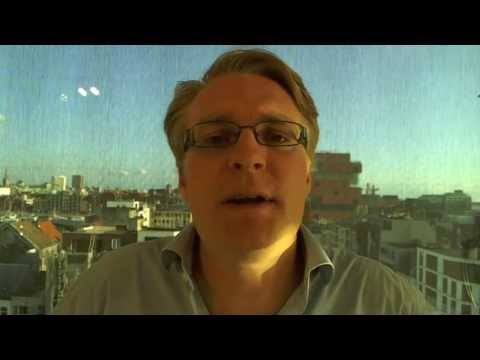 I'm Patrick Savalle, CEO of Mobbr and I think it is time for an AMA. Recently there was a thread on r/Bitcoin which ended less than optimal :)

That thread is here: http://www.reddit.com/Bitcoin/comments/3240ro/im_now_funding_all_the_devs_in_the_world_who_are/
User Timoow announced he had used MOBBR.COM to donate to ALL THE DEVS of the core bitcoin project on Github. Suspicious that some bitcoin fans (rightly) are, it quickly escalated until the conclusion was reached that it had to be a scam. Well, it's not. We are running on a European Money License, sub licensed by Leetchi corp. Our operation is completely legit, and more important: it is completely honest.
In fact we are probably on the same mission as most of you. We invented Mobbr to create freedom. Economic freedom. With Mobbr it is possible to pay ALL contributors to an online collaboration based on their actual participation levels. So that people all over the world can just go online, add value, and earn a living, regardless of their economic or social status, race or location.
So when Timoow did a donation on the github repo (here: https://mobbr.com/#/task/aHR0cHM6Ly9naXRodWIuY29tL2JpdGNvaW4vYml0Y29pbg== ), Mobbr divided this donation among all participants. Based on some algorithm. Can rewarding this way be completely fair? Probably not. What it does do, is incentivise people to join. And what it does do, is enabling people to earn a living by working on things they think are important. The money Timoow and others donated is now in the Mobbr wallets, waiting to be claimed by their rightful owners. Not a scam, just not a blockchain-only system as we support FIAT currencies too.
For the bitcoin community, Mobbr is an opportunity to close the loop, adding the earning side to their economy. Not (yet) decentralised, but with the same ideals driving us.
But ask me anything and I will explain!
By the way, this is me: https://nl.linkedin.com/in/patricksavalle
And to help proof I am ME, here a tweet: https://twitter.com/patricksavalle/status/586502844636913664
Ok, questions? :)

I'm now funding ALL THE DEVS IN THE WORLD who are working on the Bitcoin Core, via Bitcoin, and pro rata. (Part Deux)

Hi Bitcoin!
As I have promised in my previous posts [1] [2], I would make sure that this was going to work, get you your answers on the questions you've asked earlier (mostly regarding the platform I've chosen to use for this), proof that it's working, and last but not least, to get the donations that have already been made to the developers. Now that that's all looking good, I'm ready for round two!
To clear some things up at forehand, before reposting the original post, one by one:
Hopefully this shows our good intentions and clears up any confusion that might have arised from the earlier post.
Again, in case you bump into anything, don't hesitate to ask Patrick (in his AMA) to help you out!
Any further questions for me? Feel free to ask them in the comments!
[1] http://www.reddit.com/Bitcoin/comments/31jlej/im_now_funding_all_the_devs_in_the_world_who_are/ [2] http://www.reddit.com/Bitcoin/comments/31kq5t/update_regarding_my_previous_post_funding_all_the/
----------- ORIGINAL POST -----------
Lot of yada-yada-yada about the Bitcoin Foundation at the moment, and quite frankly, I personally don't even want to participate in that conversation.
So, it's time for something constructive I thought, and I started thinking about how we could pay the developers ourselves; through the community. Since I'm not aware of any mature decentralized platforms that could handle this task (feel free to correct me), I went to Mobbr.com.
I've looked up the Github Bitcoin Core project page on Mobbr, and simply sent some bitcoin to the address that belongs to it:
1DvutmkwjwiDknAdpHP8ZsrNWqmaqEpBrn [1] [2]
Anyone who has now ever worked on the Bitcoin Core (on GitHub) can go to Mobbr.com and claim their bitcoins, pro rata.
I.e., if 1 BTC has been donated to the address, then the developer who has contributed 1% will receive 0.01 BTC. Those who have contributed 20% will receive 0.2 BTC, etc.
For those who worry about using a centralized platform for this cause and about the fees that they might charge, you might want to take a look here [3]. Also, it's Bitcoin, so [?] transparency. Every satoshi that's being donated to this address can be followed into eternity, through any block explorer.
Shares per developer are being calculated according to the GitHub stats, as far as I know [4].
I couldn't come up with a better solution for now and was willing to show that the community can and wants to help the development of Bitcoin itself.
If we'd all contribute 0.01 BTC, or even 0.001 BTC per person per month, we'd all contribute a little bit to the very much needed development process of the Bitcoin Core. Hopefully this will result in the resources that this project needs.
I thought it would be worth a shot. Now I'm curious if you think so too.
ps: Mobbr.com didn't pay me for this, and I'm not directly involved with them. I am biased on the subject though, because I believe that they have a kick-ass platform.
[1] https://mobbr.com/#/task/aHR0cHM6Ly9naXRodWIuY29tL2JpdGNvaW4vYml0Y29pbg==/script
[2] https://www.blocktrail.com/BTC/address/1DvutmkwjwiDknAdpHP8ZsrNWqmaqEpBrn
[3] https://docs.mobbr.com/display/MobDoc/Pricing
[4] https://developer.github.com/v3/repos/statistics/
----------- /ORIGINAL POST -----------