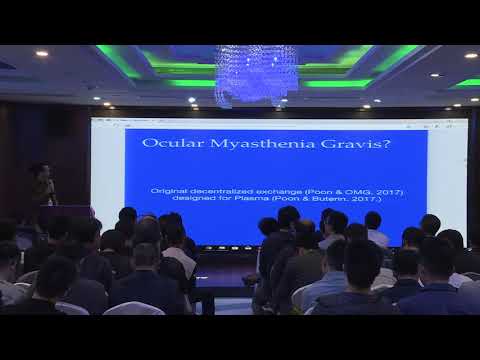 Much excitement! With the holiday season upon us, what better time than now to get an amazing insight into the world of cryptocurrencies and gaming!? It’s not too late to participate in cryptocurrency games and tokens, and to give or receive the gift that keeps on giving. Happy Holidoge to all and to all good Doge!


In The News This Week

For those of you who missed it, here are some links that will get you up to date with the latest cryptocurrency news:
If you have a Dogeparty or Dogecoin related service or project you’re working on and you would like to get the word out, contact CryptoKim (cryptokim) to place your article in the Dogeparty Pulse.

Review the Hangout summary above.

Joel Dietz of Swarm seeks Dogeparty enthusiast to help build wallet software custom designed for coin-power voting. If you are interested, email Joel ([email protected]).
Are you looking to get started with Dogeparty but don’t know where to begin?
Are you a great Python and JS developer? Contact the Dogeparty team (humint_is)
Are you a developer or just interested in learning more? Come join us in our Skype chatroom. Join our Skype room
Contact us and get involved! Follow us on Twitter View our subreddit /xdp
Look for the Dogeparty Pulse every Wednesday morning (Pacific time)!

Hive CEO Wendell Davis (3rd from right) on the BTC Miami startup panel. Hive’s simple user setup guide, its contacts book and app store is an updated way of thinking about what a bitcoin wallet ... Bitcoin Entrepreneur, Wendell Davis, Co-Founds Vizor.io - the ‘YouTube of Virtual Reality’, Launches CrowdFunding Campaign Via Koinify and has Digital Currency exchange Melotic ready to list with. Bitcoin 2.0 and Blockchain Startups: What Really Matters featured Wendell Davis (Hive), Daniel Feichtinger (Hyperledger), Marcus Swanepoel (BitX) and Willson Lee (Bitcoin World Tour) and was once again moderated by Eddy Travia (Seedcoin). The panelists discussed some use cases where a blockchain would be appropriate, and challenged the current belief that blockchain could be the answer to ... In the words of its founder, Wendell Davis, “I asked the graphic designer to make a payment application that would be easy to use and we would fit the Bitcoin in later. He barely knew what Bitcoin was, and this is what he came up with.” The result: an application which allows you to select people to pay to simply by clicking on their faces in a contacts screen, and for which one can build ... On episode 22 we had Wendell Davis on, who is CEO of two Bitcoin startups. The first one is Hive, a popular and user-friendly Bitcoin wallet targeted at Mac Users (and Android). His second startup, Humint, aims to help companies and brands issue their own cryptocurrencies – think loyalty points. Our discussion of Hive covered wallet business models, usability and the payment protocol. After ...